skip to main | skip to sidebar

Introduction To This Ivory Coast Blog 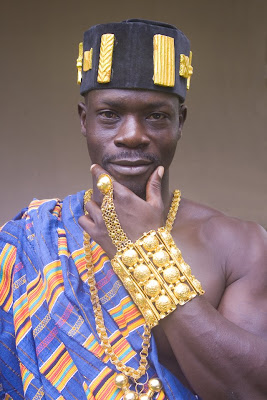 This blog is about Ivory Coast (Cote d'Ivoire), a fascinating country I had the good fortune to visit in November 2007. I had met some people on the Internet and for several had corresponded with them from my home in Northern California. Finally I decided that since I wanted to take a photographic expedition, because I needed something of a change and a vacation, and because I would be able to assist these folks in getting better known all over the world with my photography, I would take a trip there.

In October 2007, I flew from JFK Airport in New York via Emirates Airlines. Having spent more than a deade some years back in the travel business when I took innumerable trips to many distant places, I can tell you that Emirates proved to be a wonderful airline that greatly exceeded my expectations. The journey to Abidjan, Cote d'Ivoire did, however, seem endless. After crossing the Atlantic, we flew across the Sahara to Dubai, where we had an 8-hour layover. We then went on, again via Emirates, to Accra, Ghana, stopped briefly, and then continued on to Abidjan.

Later, in October 2008, I returned to Cote d'Ivoire. Photos from both trips are mixed through this blog. This second time I took Air France from JFK to Paris, changed planes and boarded a flight from Paris to Abidjan. Coming from California, where I started my voyage in San Francisco, made this an entirely too long a trip to do in one stretch. Next time around I shall overnight in Paris -- see my relatives there -- and try to get a little rest before continuing on.

Arriving in West Africa makes one feel as though he has been living all his life in a black-and-white movie and has suddenly been thrust into a Technicolor world. The colors everywhere seem more vivid than they do at home. And people dress more colorfully, too.

With that introduction, let me show you a few of the sights I saw during both my stays.
Posted by Unknown at 10:23 AM

The cup is half full of something I don't like said...

thank you for stopping by my blog and posting a nice comment in the coffee shop.

Africa looks amazing. My travels haven't been that extensive yet (central and north america as well as a few trips to western europe) and they have all felt very familiar. Once my kids are a bit older I'm looking forward to something as exciting as an Africa trip.

The cup is half full of something I don't like said...

T. Boone Pickens is an interesting character. I'm interested as to why he's advertising that he is going to release a plan instead of just releasing the plan. Maybe he has some political ambitions and it trying to build some support.

Glad I found this creative blog! Africa and animals! Two beauties of earth !

I'm answering your request for others who can't upload images. The icons say I can upload video, but the 'hour glass' stalls and nothing happens when I try to upload an image from my files.

Do you know the solution yet?